In recent times, many of us have got used to the feeling of being inside. With so much of our time spent indoors, there is a natural desire to ensure that the indoor spaces we inhabit are enjoyable places to be. This is one of the reasons why the field of construction, especially green construction, is such a focus of technological innovation. There are many inventors who have devoted their time to discovering new technologies which facilitate the construction of novel architecture, and the improvement of existing structures. This article takes a look at some of those inventors and their patented technology which is paving the way for cleaner and more elaborate building designs.

In 2014, Luigi Cassar of Italian cement manufacturer Italcementi S.p.A, was recognised by the European Inventor Awards for the development of an innovative cement mixture (EP0946450). During his decades of research into building materials, Cassar developed a type of material which not only repels dirt, but also cleanses the air around it. This remarkable self-cleaning concrete is a mixture containing titanium oxide which, when exposed to sunlight, converts dirt particles and pollutants into harmless substances through a process known as photocatalysis. One of the first applications of the self-cleaning cement can be seen adorning the brilliantly white walls of Richard Meier’s Jubilee Church. This architectural project proved to be a great success and now Cassar’s cement can be found all over the globe, cutting levels of nitrous oxide in the surrounding air by as much as 80%.

Another inventor recognised by the European Inventor Awards is Hendrik Marius Jonkers. Jonkers developed a type of concrete incorporating bacteria which allows the concrete to heal itself (EP2247551). The bacteria itself is naturally found in stones and can survive dormant for hundreds of years, making it ideal for use in the construction of durable structures. The innovative building material is produced by mixing the naturally occurring bacteria (either Bacillus pseudofirmus or Sporosarcina pasteurii) with calcium lactate into an “organic” concrete. Commonly, when cracks occur in concrete structures, water begins to seep into the cracks causing further decay and damage to the concrete structure. However, when cracking occurs in Jonker’s innovative organic concrete mixture, the bacteria are activated by the presence of water, causing the bacteria to feed on the calcium lactate and secrete limestone. The secretion of limestone by the feeding bacteria fills the cracks in the concrete, effectively healing the concrete structure. The organic concrete can heal metre-length cracks in as little as three weeks, which provides the potential for significant reduction to the cost of maintaining concrete structures.

Finally, Belgian inventor Ann Lambrechts received the European Inventor Award in 2011 for her simple yet highly effective steel wire implement which improves the strength and stability of reinforced concrete (EP2440717). The innovative steel wires, or fibres, are bent in the shape of a hook and comprise flat sides which, when added to a concrete mixture, form a reinforced three-dimensional network of fibres which strengthens the concrete. By incorporating the steel fibres, the concrete mixture exhibits greater tensile strength which allows architects to push physical boundaries and produce more creative structures. An excellent example of the creative potential afforded by the addition of these steel fibres to concrete can be seen at L’Oceanogràfic in Valencia. L’Oceanogràfic is an oceanarium boasting a striking exterior made of large concrete shells. The concrete shells are constructed with a thickness of only 6 cm thanks to the increased tensile strength provided by Lambrechts’ innovative steel fibres. 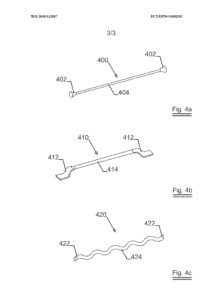 It’s easy to overlook the clever technology which goes into making remarkable buildings such as those mentioned above. However, with normality slowly returning, we will once again be able to marvel at the creativity of such architecture and appreciate the innovation which made their creation possible.