School is set to return! While many kids will be disappointed that the holidays are over, many parents will be breathing a sigh of relief as order is restored once again. But after so many weeks off, the transition back to school can be a tough one, for kids and parents alike. Luckily, we are here to help! We have found some inventions which should make going back to school a breeze.

After a summer of lie-ins, simply getting up for school can be a challenge and waking to shrill, annoying alarm clocks doesn’t make it any easier! US patent application US2010177597A1 describes an alarm clock that uses smell to wake the user as a nifty alternative. At a pre-set time, the clock releases an aroma as the alarm signal instead of the conventional buzzing sounds. The patent claims that people wakened by an aroma have a better and more peaceful mood. That, however, seems very dependent on the aroma – perhaps the aroma of pancakes would wake most children, but for those more stubborn maybe an aroma of rotten eggs would be more motivating! 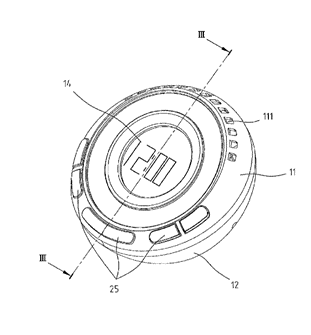 The start of school lines up with the end of British summertime and that means the return of quintessential British weather. Rain jackets can only do so much and unless you have invested in an all-weatherproof school bag, it’s a recipe for soggy textbooks! But Chinese patent application CN103876424A is here to help! This application describes a school bag capable of directly clamping an umbrella. The back of the school bag is fitted with an aluminium alloy pipe which is fixed to the bottom of the school bag and comprises an “umbrella fixation clamper” at the upper end to hold an umbrella in place. 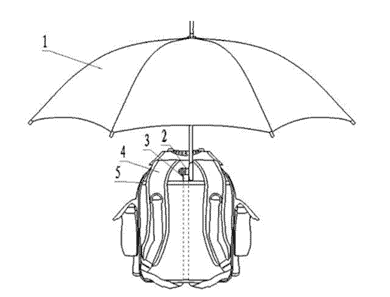 So, you successfully get them up in time, dressed and weatherproofed, and off to the first day of school. But on return, you notice that the brand-new school jumper you sent them off in has been replaced with someone else’s cardigan. Whose cardigan? Who knows! Sound all too familiar? Cue Chinese utility model CN212520853U! This document describes a school uniform which comprises a sliding rail soft strip and name plate, fixed to the back and/or sleeve of the school garment, enabling quick and easy identification of the wearer. 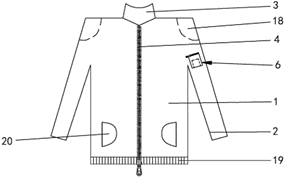 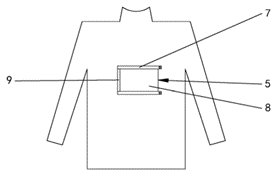