GB 2556901 describes a progressive swimming float, the Turtle Pack, which has the appearance of a turtle shell. The shell can be removed in sections to decrease the buoyancy provided by the float as a child’s swimming skills improve. The Turtle Pack was invented by Michael Harkins, a graduate of Heriot-Wat University, who founded Scotland-based Turtle Pack Ltd. 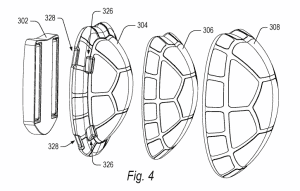 WO 2014/174319 describes a stabilising device, more commonly known as the G-Hold. The inventor, Alison Grieve, first invented a tray for waiters, the Safetray, which includes a retractable finger support that helps a waiter hold the tray and prevent drinks on the tray from being spilled. The G-Hold uses a similar support, but instead of holding a drink tray, it can be used to hold a tablet. The G-Hold, which is manufactured in Scotland, has been approved by Apple Ergonomics, Microsoft Surface, Amazon Devices and Panasonic. 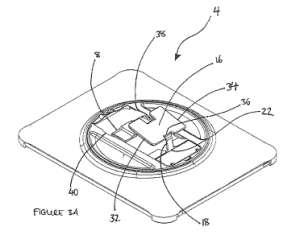 A team of scientists from the University of St Andrews, led by Professor Andrea Di Falco, have developed a method for creating new flexible materials which can theoretically be made invisible to the naked eye. Although it may be some time before we all have an invisibility cloak like Harry Potter, materials like these can be used to make improved contact lens, due to the way the structures on the flexible material interact with light, as described in US 9,664,817.

Another recent innovation from the University of St Andrews seems to be taken from the pages of a science fiction story. Normally, light pushes objects away from the source of the light. However, a research team led by Dr Tomas Cizmar, formally of the School of Medicine at the University of St Andrews, with colleagues from the Institute of Scientific Instruments, created a “tractor beam” which can pull microscopic objects towards a light source. Although it only works on microscopic objects, it could have many useful applications, such as separating white blood cells.

Clearly, Scotland’s long history of innovation, from everyday objects to technologies of the future, continues to this day.