The European Patent Office’s latest revisions to the Guidelines for Examination came into force on 1 March 2022. Alongside revisions directed to partial priority, adaptation of the description, and biotechnological inventions, the 2022 Guidelines include substantial updates for examination of computer-implemented inventions.

2021’s G 1/19 decision has prompted revisions to chapter G-II, which now further clarifies when mathematical methods and/or computer simulations contribute to the technical character of an invention (G-II, 3.3). In particular, the Guidelines related to the patentability of simulation, design or modelling (G-II, 3.3.2) have been almost entirely rewritten. 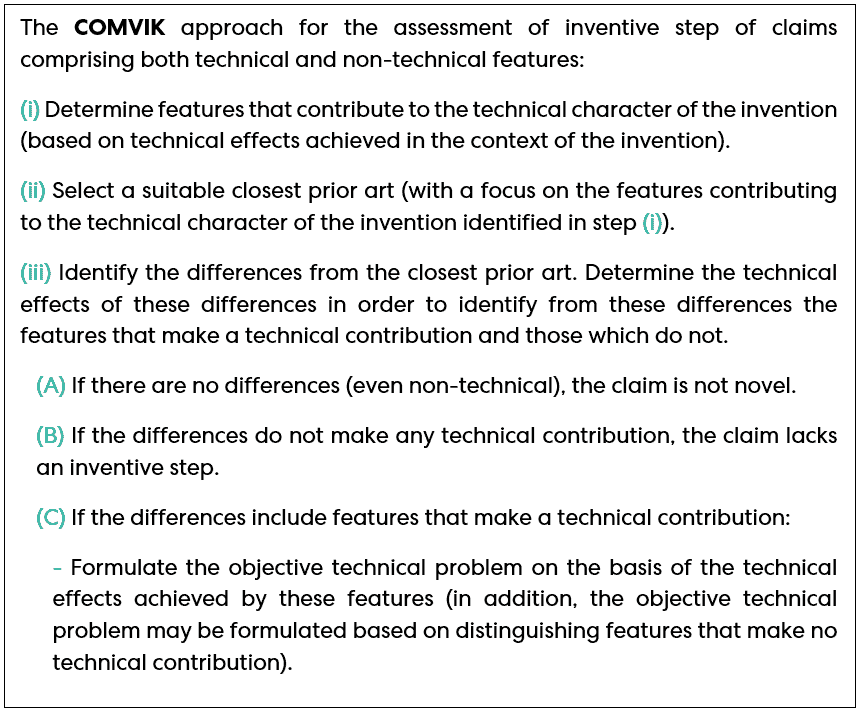 Chapter G-VII of the Guidelines on inventive step has been updated to replace an example of the COMVIK approach to claims comprising both technical and non-technical features – a common situation in fields excluded from patentability under Art. 52(2) EPC, such as in the field of AI.

Previous example 4, which was adapted from T 1227/05’s Infineon 1/f noise circuit simulation decision, has been replaced with a new analysis of a computer-implemented simulation claim for determining building surfaces with an increased risk of condensation.

G 1/19 – seemingly deliberately –  did not come to a conclusion on whether the final finding of Infineon was correct. G 1/19 did not confirm the special criterion introduced in Infineon – the simulation of an adequately defined class of technical items being a “technical purpose” – as an applicable criterion for patentability. Rather, G 1/19 implied that the underlying application in Infineon was patentable for reasons of technical implementation (resource efficiency). As mentioned in the EPO seminar on Guideline updates for CIIs and AI of 23 March 2022, it is because of this different view that previous example 4 has been deleted.

In addition, the EPO has provided a new, helpful example to illustrate the application of the COMVIK approach in the field of AI. 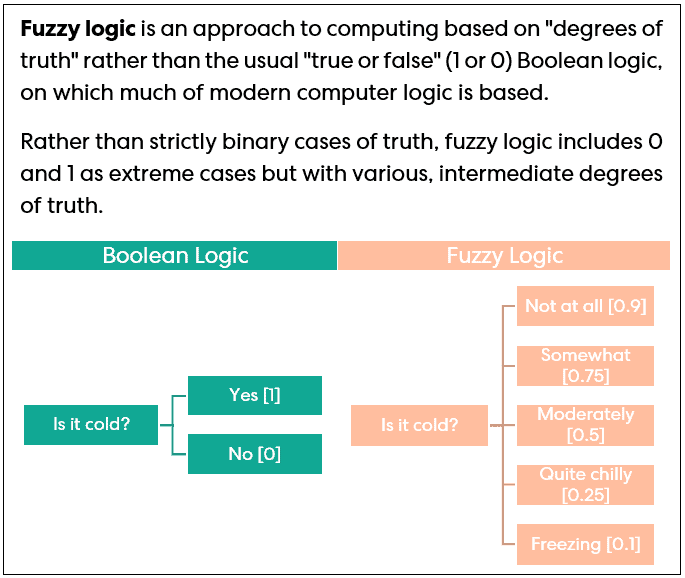 New example 5 at chapter G-VII, 5.4.2.5 relates to an industrial process in the form of a computer-implemented method for coating a workpiece using a thermal spray coating process. Without appropriate process control, the properties of the resulting coatings fluctuate, even with seemingly constant coating operation parameters. In this new example 5, which is adapted from the decision T 1968/08, a neuro-fuzzy controller controls process parameters. A neuro-fuzzy controller is a computer-implemented mathematical algorithm that combines a neural network with fuzzy-logic rules.

Interestingly, the new example does not strictly follow the steps of the problem-solution approach according to COMVIK as set out above. Instead, at step (i), the example simply states that the “various concrete technical features” are implicitly technical. The new example defers a more detailed analysis of “technicity” to the step of analysing differences between the claim and the closest prior art (step (iii)). This is similar to the application of the COMVIK approach in example 1 at G-VII, 5.4.2.1 and example 3 at G-VII, 5.4.2.3, which both quickly look at features contributing to the technical character “at first glance” before a later detailed analysis, and – in our experience – similar to the simplified approach many Examiners take in everyday practice. 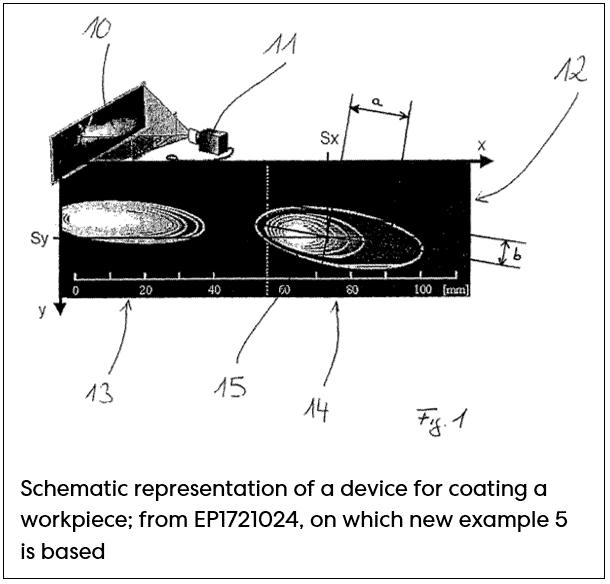 In the new example, a hypothetical closest prior art document D1 discloses a method for the control of a thermal spray coating process by applying material to a workpiece using a spray jet, detecting deviations in the properties of the particles in said spray jet, and adjusting process parameters automatically on the basis of the outcome of a neural network analysis.

The difference between the method of claim 1 and D1 is use of a neuro-fuzzy controller combining a neural network and fuzzy logic rules, as specified in the second part of step (d).

The example continues with the deferred assessment of technical character from step (i) but for this distinguishing feature only, and states that the feature (within step (d)) of combining results of a neural network analysis and fuzzy logic, when taken alone, is a mathematical method. However, together with the feature of adjusting the process parameters, this contributes to the control of the coating process. Hence, the output of the mathematical method is directly used in the control of a specific technical process.

There are no details provided in the claim on how the use of a neuro-fuzzy controller may adapt to the spray coating process, or impact technical properties. There are no details on input parameters or of training the controller. Further, there is no evidence of improving the quality of properties or the process. In this regard, the objective technical problem is taken as how to provide an alternative solution to the problem of adjusting the process parameters which control the coating process.

The claim is not considered to demonstrate an inventive step as the only distinguishing feature of the claim was known at the hypothetical filing date of the application. This is demonstrated with reference to a second hypothetical prior-art document, D2, which discloses a combination of a neural network and fuzzy logic rules providing a neuro-fuzzy controller in the technical field of control engineering.

As long established in EPO practice (and confirmed in G 1/19), a mathematical method (in which context AI is assessed) may contribute to the technical character of an invention through application to a field of technology (as with new example 5 here) or through adaptation to a specific technical implementation.

The new example is to demonstrate application to a field of technology: there is no definition of the input output variables of the neuro-fuzzy controller, nor is there any definition of specific training steps or details of the controller’s architecture. Thus, in this case, there is no defined adaptation of any mathematical feature to a specific technical implementation motivated by the internal functioning of a computer system. Often, AI methods are not designed with the hardware in mind, and so the “technical implementation” road to technicity is difficult. However, there are exceptions. For example, small format devices running AI methods may motivate innovative AI designs to cope with lower processing power, which can be the basis of AI applications adapting to a specific technical implementation.

What does the new AI example teach us?

Although this new example 5 reaches a negative outcome, it is important to note that all features of the claim were considered for inventive step. Alone, the AI features are of an abstract mathematical nature. By combining the AI features with the adjustment of process parameters, they contribute to control of the coating process – a specific technical application. The negative conclusion here is due only to the specific prior art; all features of the example claim were capable of contributing to the inventive step.

Although an example with a positive outcome would have been appreciated, inclusion of a negative example is perhaps unsurprising: many AI-related applications in EPO case law fall foul of excluded-matter objections because the EPO does not find technical features supporting an inventive step. We can also see here the increasingly used objection that there is no technical advantage (beyond finding an alternative) credibly achieved over the whole claim scope and this may also be a hint towards the EPO’s wish to see rich technical detail in AI applications.

AI methods are protectable in Europe. However, this is often only with reduced scope of protection as per this new example of an AI method provided by the EPO, which is limited to relatively narrow use of AI to allow the features to be viewed as technical. When drafting AI patents for success at the EPO we advise taking care to: