With just under two weeks to go to the big day everyone is getting into the festive spirit, and that includes chemical inventors! Here, we take a look at the underlying chemistry of all things Christmas as well as patented technology relating to the festive season.

‘Tis the season to be jolly and perhaps there aren’t many things more jolly than a glass of mulled wine (or two!). But what makes mulled wine so distinctive? One of the major players in its flavour is cinnamon whose main protagonist is the compound imaginatively named, cinnamaldehyde. Additionally, clove is key to the mulled wine flavour and its main influencer is the compound eugenol. Despite being considered a typically European activity, the mulling of wine has seemed to reach the Far East as shown by JP2012161305A which cleverly describes the mulled wine tea-bag for quick and easy mulled wine during the hectic Christmas schedule. 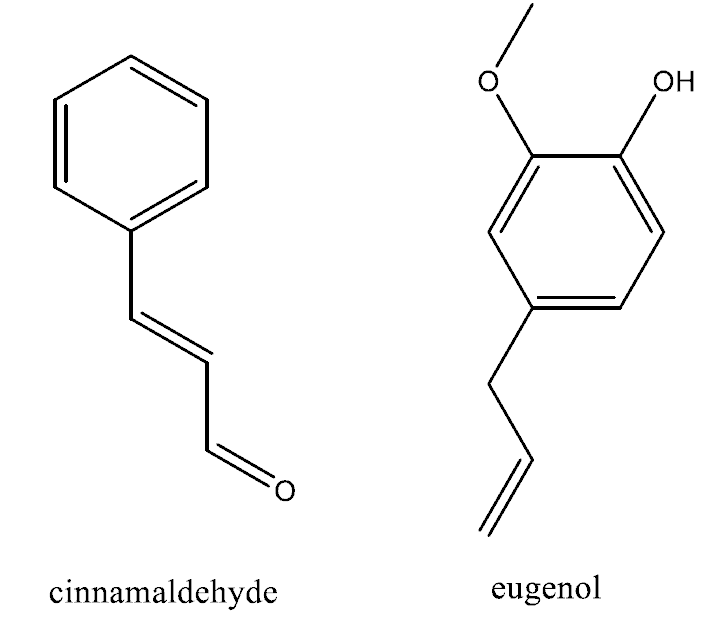 It’s beginning to look and smell a lot like Christmas when the tree goes up. The room is filled with its unmistakeable scent and this is thanks to a special class of compounds, the terpenes, and a few individuals in particular. Pinene is one of these compounds and exists as two isomers, α and β, and both contribute to the classical pine aroma whilst another is a terpene derivative, bornyl acetate.

Each species of tree in the conifer family has a unique blend of these chemicals giving them their own special aroma and US20100080541A1 shows a process of creating and applying a live tree fragrance and aroma. It does this by vaporising a conifer needle oil derived from the conifer tree family and gently fanning it around the room; if you’re not a fan of needles all over the floor then a fake tree and this invention are the ones for you!

In this blog post we’re looking to “illuminate” some things you maybe previously never knew, so what better to look at than the chemistry of Christmas lights? Christmas decorations and especially Christmas lights are staples of the festive season and LEDs used in Christmas lighting play a key role in fostering the Christmas cheer. LEDs are made from semiconducting materials and produce light when a current is passed through them; the light colour depends on the band gap of the semi-conducting material and when the electrons cross this band gap energy released is in the form of photons. Subsequently, different materials emit different energy photons which produces the variety of colours we know and love such as red, green, blue and violet.

The majority of LEDs are based on gallium compounds such as gallium phosphide (GaP), gallium nitride (GaN) and gallium arsenide phosphide (GaAsP). Recently “white” LEDs have been developed that make use of the same phenomena described above, however, they have traditionally operated through the combination of RGB (red, green, blue) LEDs. Nowadays blue LEDs are typically coated in cerium doped-phophorus materials and the blue light stimulates the phosphorus material to emit yellow light and it is the combination of these two emissions that result in our eyes perceiving white light. US 8,262,243 describes a Christmas ornament with selectable illumination of RGB LED light strings and motion of the ornament. 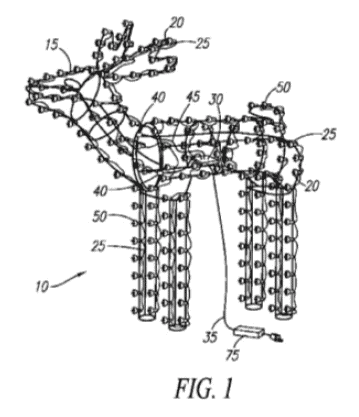 Finally, it just wouldn’t feel like Christmas without snow, but with temperatures on the rise we are more and more frequently celebrating the festive season without the white stuff. However, fear not! Chemistry has a solution. An excellent snow substitute is sodium polyacrylate. Although frequently used in nappies (diapers) for its super absorbent properties, US 8,334,345 details the use of sodium polyacrylate’s absorbent properties in children’s toy kits for making a winter-themed scenic display. Sodium polyacrylate is a white powder that already resembles snow somewhat, however, this invention shows that its hydration (along with two other similar polymers) allows it to be manipulated and/or moulded into shapes for creation of winter wonderlands, as shown below.

Hopefully you are now fully in the Christmas spirit, had some questions answered you never knew you needed the answer to and appreciate the Chemistry of Christmas a little more. Merry Christmas!