An EPO Technical Board of Appeal recently considered a case concerning a parametric definition of a material component and returned a decision which, at first glance, might raise some eyebrows. This case, however, highlights an important issue which should be taken into account when drafting patent applications destined for Europe, regardless of the technical field.

In European Patent Application EP07017348, applicant SUMCO Corporation had claimed an epitaxial silicon wafer; a key feature of which was that the inclination angle of a particular crystallographic plane was, as measured from a specified crystallographic orientation and with respect to the main surface of the wafer, “more than zero degrees…”. 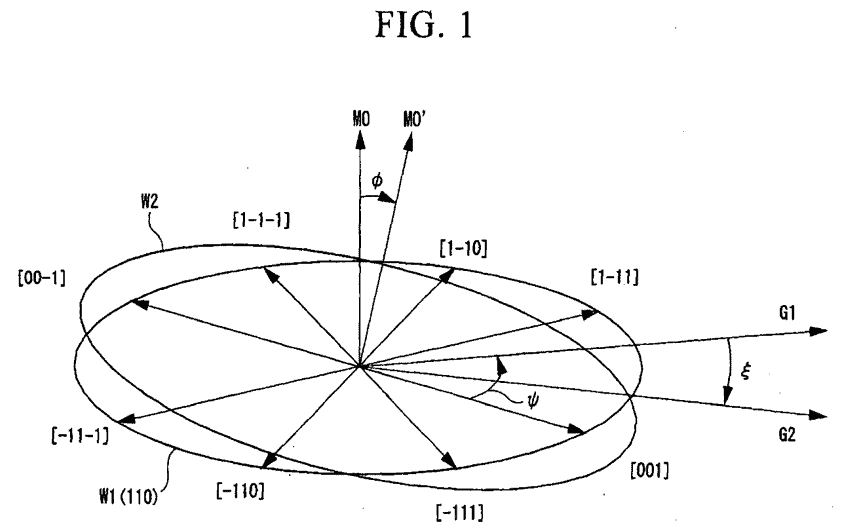 However, the Examining Division disagreed and refused the application due to a lack of novelty; an angle “equal to zero degrees” was considered to anticipate an angle “more than zero degrees”.

Upon appeal, in T 0386/17, the Board maintained the Examining Division’s refusal of the application owing to a lack of novelty, and provided further explanation for the refusal.

The Board of Appeal cited previous decision T 594/01, stating that all patent disclosures are directed to the relevant skilled person, who would be aware that “in any laboratory or industrial operation, it is impossible to measure an angle or align a direction with infinite accuracy, and such operations will always be subject to a small but finite error.”

“A claimed feature that an angle has a magnitude of ‘more than 0 degrees’ does not establish novelty over a prior art disclosure in which the corresponding angle is equal to 0 degrees, since the feature encompasses values closer to 0 degrees than the finite error margin to which the determination of the magnitude of the angle would always be subject, and such values would, in practice, be indistinguishable from 0 degrees.”

Although decision T 0368/17 relates specifically to a claim reciting an inclination angle of a particular crystallographic plane in a silicon wafer, the principle considered could be applied to experimentally measured values and ranges more generally. This decision also appears to be consistent with earlier decision T 594/01. In T 594/01, a disclosure of an experimental measurement of 0.1 wt. % carbon dioxide in a method for producing alkylene glycols was considered to anticipate a claim to the process being performed with less than 0.1 wt. % carbon dioxide.

Similar issues can arise due to the way the EPO interprets decimal places and rounds numerical values. For example, the Guidelines for Examination at the EPO discuss the application of error margins when interpreting experimentally measurable numerical values in patent documents. In particular, according to section G-VI, 8.1, since the skilled person knows that numerical values relating to measurements are subject to measurement errors which place limits on their accuracy, where no other error margins are given in a document, the EPO interprets numerical values by applying the rounding-off convention to the last decimal place (e.g., such that “3.5 cm” is interpreted as encompassing “3.45 cm to 3.54 cm”). Moreover, in decision T871/08, the Board stated that, when comparing a value from the state of the art (e.g., the value “2.996”) with those claimed (e.g., the range of values “from 3:1 to 9:1”), the state of the art value had to be given the same accuracy as the one claimed. In that case, the values in the claims had been quoted without any digit after the comma, which meant that for comparison purposes, the value 2.996 had to be rounded up to 3, which thus fell into the range of the claimed values. In another decision, T 708/05, a thickness of a polymer layer determined from the prior art to be 0.96 µm was considered to anticipate a claim to a thickness range of from 1 µm to 5 µm following rounding.

The potential issue raised in T 0368/17 is not just relevant to applications in which material components are defined in terms of their parameters, but could crop up in any case where experimentally measurable values are used to limit a claim. It is therefore important when drafting and amending claims reciting numerical values that the effects of any error margins are fully considered. When drafting applications, in particular, care should be taken to build in multiple fallback positions for endpoints of numerical ranges which could be used during prosecution in Europe to narrow ranges sequentially to avoid anticipation by prior art values lying close to the originally disclosed ranges.