As we now enter the UK’s fourth month of lockdown, I have certainly found myself with a lot more time to indulge in playing video games! Inspired, I thought I’d put Animal Crossing down for a few minutes and take a look at the IP relating to the video games that you might have not known existed.

Pong is renowned as the first commercially successful video game. As I’m sure most of you will know, Pong is a 2-D table tennis game, in which two players each control an in-game paddle, one on the left-hand side of the screen, and one on the right-hand side, by moving them vertically up and down. If the player’s paddle hits the in-game ball, the ball will then bounce off the paddle back to the other player’s side of the screen. If either player fails to hit the ball, the other player will gain a point, and the first player to eleven points wins. 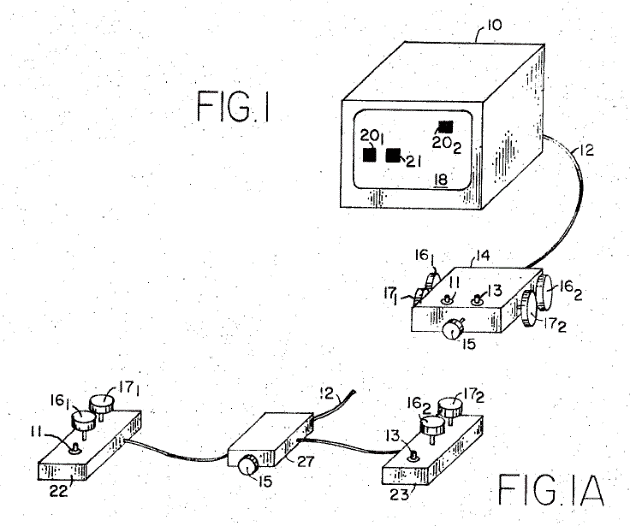 This patent relates to a method that prevents time being wasted while playing a video game (the irony is not lost on me). The claims of this patent describe an “auxiliary game” that is to be loaded before a “main game”, which can then be enjoyed by the player in the period that the main game is loading.

This patent was filed at a time when domestic game machines were beginning to allow people to enjoy a gaming experience at home that was similar to that which could be provided by an arcade machine. However, in contrast to an arcade machine, these domestic game machines typically required the game program and data to be read in from a medium on which the game software was recorded (such as a CD-ROM). The game could not be played until this reading had been completed, and this took no small amount of time (which, according to the patent, was also “a boring waste of time”). Hence, loading screen mini games (which took considerably less time to load than a main game) were born, that prevented a user from becoming bored while their next-generation game was loading from the storage medium.

Some other loading screen features that you may be familiar with appeared to side step the claims of this patent, as they did not appear to constitute a whole “game”. Examples of this include FIFAs training areas, or being able to move your character around a featureless area in Assassins Creed. 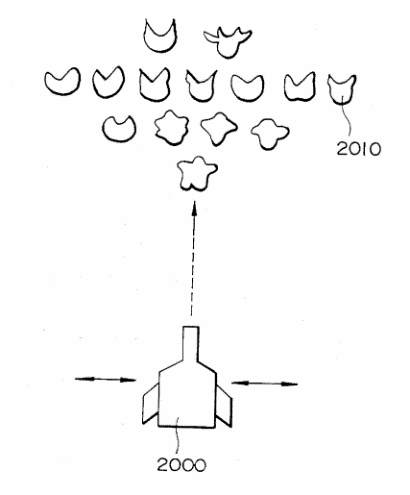 In certain jurisdictions, such as Europe, “schemes, rules and methods for playing games” are excluded from patentability. However, a decision by the Technical Board of Appeal (T 0012/08) indicated that an invention relating to the manner in which a game’s rules are realised might be patentable.

The game rule in question required in-game characters to appear randomly as the player moved around a map. If this sounds familiar to some of you, that’s because the game implementing this rule that is referred to in this patent application is Pokemon. For those of you unfamiliar, the goal of Pokemon is to imprison each and every imaginary creature that has the misfortune of stumbling across your path. And how this stumbling occurs (or, to put it another way, how these random appearances are achieved in the game) is where the patentable subject-matter was considered to lie (rather than the rule that required the random appearances occur itself).

An “appearance probability” governed how the characters were to be randomly encountered by the player, which varied both with character type, and with time. The calculation of this time-dependent appearance probability was considered to solve the problem of “how to modify the gaming device or game program such that it generates encounters in a less predictable manner”. 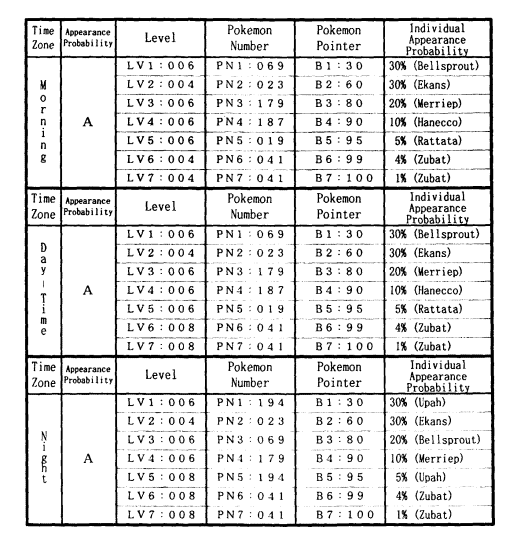