Often when we try to think of women in science and engineering, the same few names tend to come to mind. As 11 February marks the International Day of Women and Girls in Science, what better way to celebrate the day than to recognise the contributions made by a few lesser-known inventors? Handily, some of our meeting rooms in our Bristol office are named after inventors (as chosen by popular vote), so I didn’t need to look very far for ideas.

Few visitors make it to Bristol, home to one of our offices, without catching a glimpse of the infamous Clifton Suspension Bridge. Yet, Brunel was not the only innovator developing technology for suspension bridges. Sarah Guppy, a Bristol local, developed a novel method for creating foundations for suspension bridges in 1811. Sarah licensed her invention for free to Thomas Telford, who used it for his Menai Suspension Bridge between mainland Wales and Anglesey. She was also involved in the construction of the Great Western Railway, and it is debated whether Brunel also used her invention when constructing the Clifton Suspension Bridge. 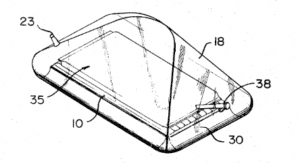 Next up we have the “Sun Queen”, Maria Telkes, who pioneered solar thermal storage systems and worked with Eleanor Raymond to build the first solar-heated house. She was assigned to the U.S. Office of Scientific Research and Development during World War II, where she developed a solar distiller capable of vaporising seawater and recondensing it into drinkable water. Initially installed in lifeboats during the war, it was later scaled up for use in the water supply system for the Virgin Islands. 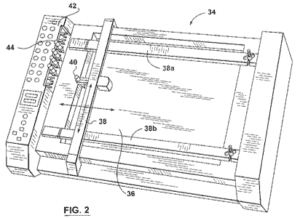 A plotting apparatus for remote signings developed by Margaret Atwood, amongst others (US 8,867,062)

Finally, we have a name that’s more familiar for her dystopian fiction, rather than her inventions. Yet, the author that brought us Offred and those white bonnets, Margaret Atwood, also moonlights as an inventor. In 2004, she developed The Long Pen, which is a remote signing device that allows a person to remotely write in ink anywhere in the world via tablet PC and the Internet and a robotic hand. It also allows for an audio and video conversation between the endpoints, such as a fan and author, while a book is being signed. The system was used by Conrad Black, who was under arrest, to “attend” a book signing event without leaving his home.