The 38 cases are arranged in terms of different types of asserted aims or effects of the GUI developments, extending from (at the top) concern with screen display per se – UI graphic design – to cases (at the bottom) concerned with involvement of the GUI in performance of some (technical?) task involving the system on which the GUI is run, or involving something controlled by that system. 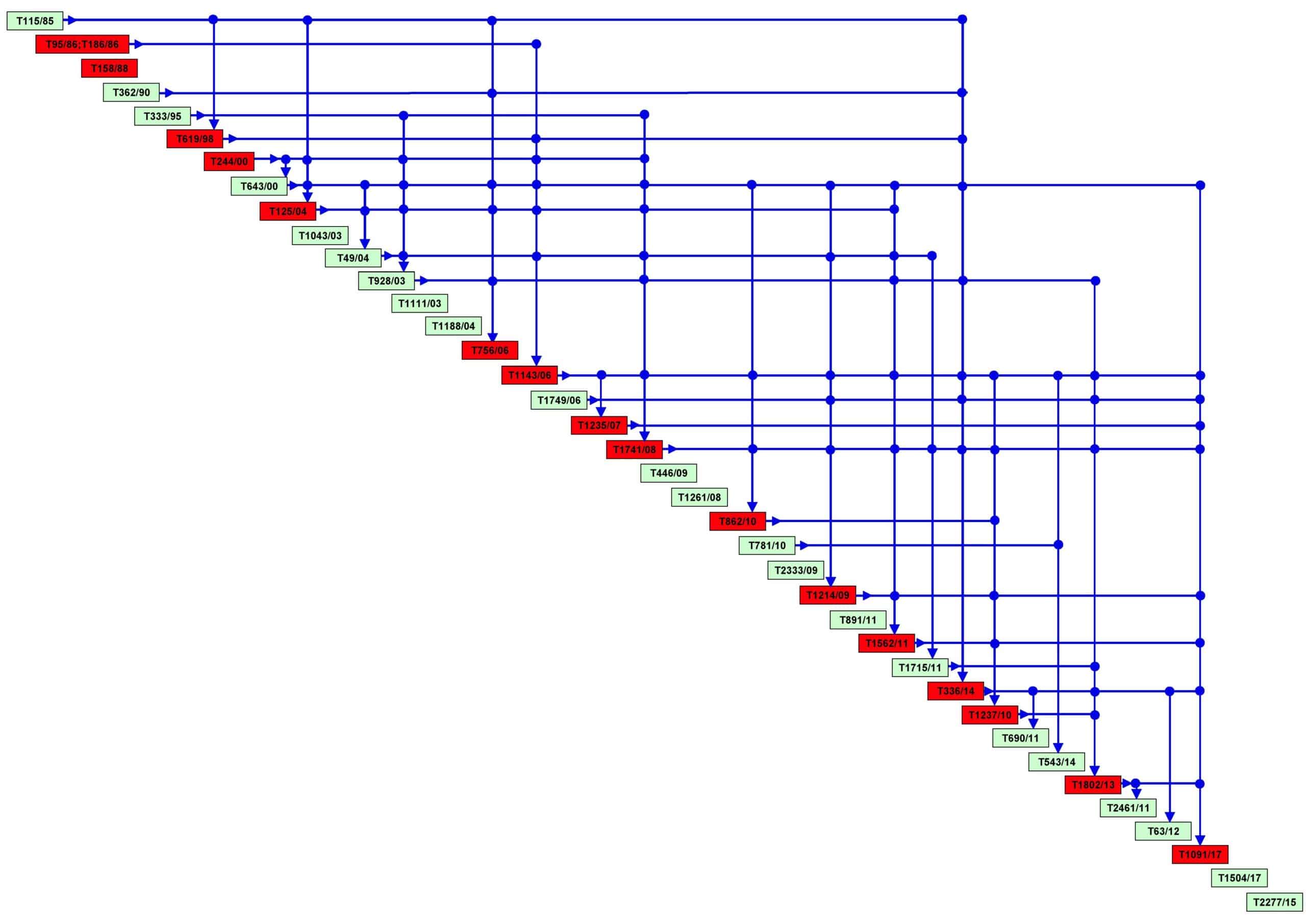 The cases here, and their relationships, could be an initial aid in understanding, in prosecution of an application or opposition, possible arguments for or against a UI development being sufficiently “technical” to support patentability (though the UI development might still face problems with the prior art).

The “Case Law of the Boards of Appeal” is a vital reference source, as is the present version of the Guidelines for examination at the EPO. The latter includes sections on user interfaces (G-II-3.7.1) and presentations of information (G-II-3.7). 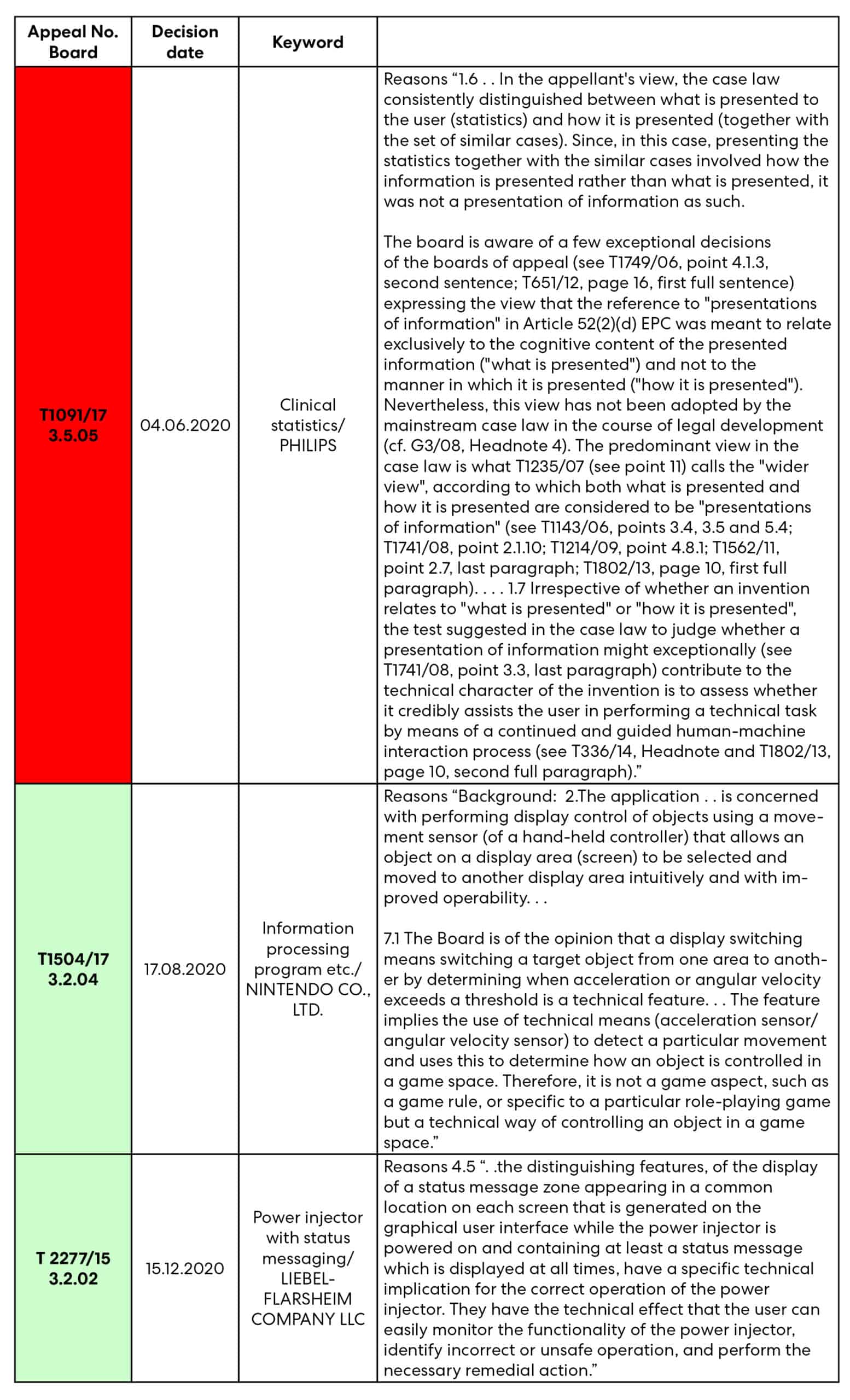