Deaf Awareness Week (2nd to 8th of May) takes place annually, to promote the positivity of living with hearing loss and deafness. There are an estimated 11 million people in the UK who are deaf or hard of hearing, and 150,000 British Sign Language (BSL) users in the UK.[1]

In this blog, we look at some important inventions that have been developed over the years to mitigate some of the problems associated with hearing loss.

The first electric hearing aid, the “Akouphone”, was created over a hundred years ago by Miller Reese Hutchinson, a prolific American inventor.[2] The first iterations of the Akouphone were large and bulky, but over time the device was improved until it became portable enough to be practical for everyday use.

US710979A[3] illustrates one of Hutchinson’s first hearing aids. Unlike the hearing aids of today that are small enough to fit on or inside an ear, the device shown below was so large that it was “supposed to be held in the hand of the user”. 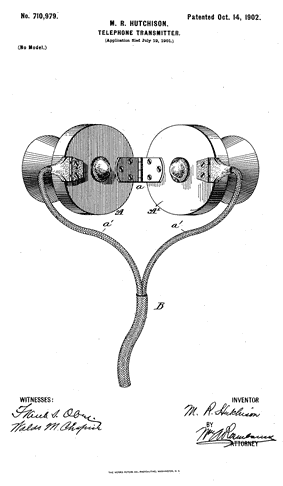 The patent describes how a user can point the two microphones (labelled A and A1) towards a source of sound. The audio would then be converted into an electrical signal and transmitted to a “telephone-receiver” via a conductor (B), where the electrical signal would be converted back into an audio signal to be heard by the user.

Hearing aids such as the akouphone are generally not suitable for users with more profound hearing loss, especially in cases where the hearing loss stems from damage to the inner ear. In such cases, an implant may be used to completely bypass a damaged portion of the ear.

The cochlear implant, arguably the most well-known hearing implant ever created, was first invented in the 1950s by André Djourno and Charles Eyriès,[4] however it is NASA engineer Adam Kissiah who in the 1970s developed what would become the modern cochlear implant.[5] Kissiah successfully applied for a patent[6] in 1977 with the help of his NASA colleagues: 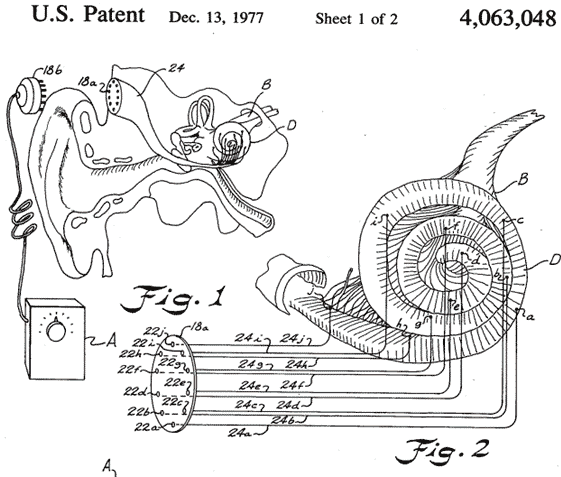 The patent describes how, once surgically implanted, the implant can bypass most of the wearer’s auditory system. During operation, the implant’s microphone receives an external audio signal and amplifies, filters, and digitizes it before transmitting the digitized signal to an array of electrodes (24a-j) embedded in the cochlea (D). The electrode array then stimulates the auditory nerve, which then sends signals to the hearing center of the brain, where they are interpreted as sound.

Other types of implants can bypass the cochlea entirely by stimulating the brain directly. CN105498090B[7] describes an auditory brainstem stimulation implant (ABI) for people with severe hearing loss and problems with their auditory nerve, and for whom a cochlear implant would not be suitable. 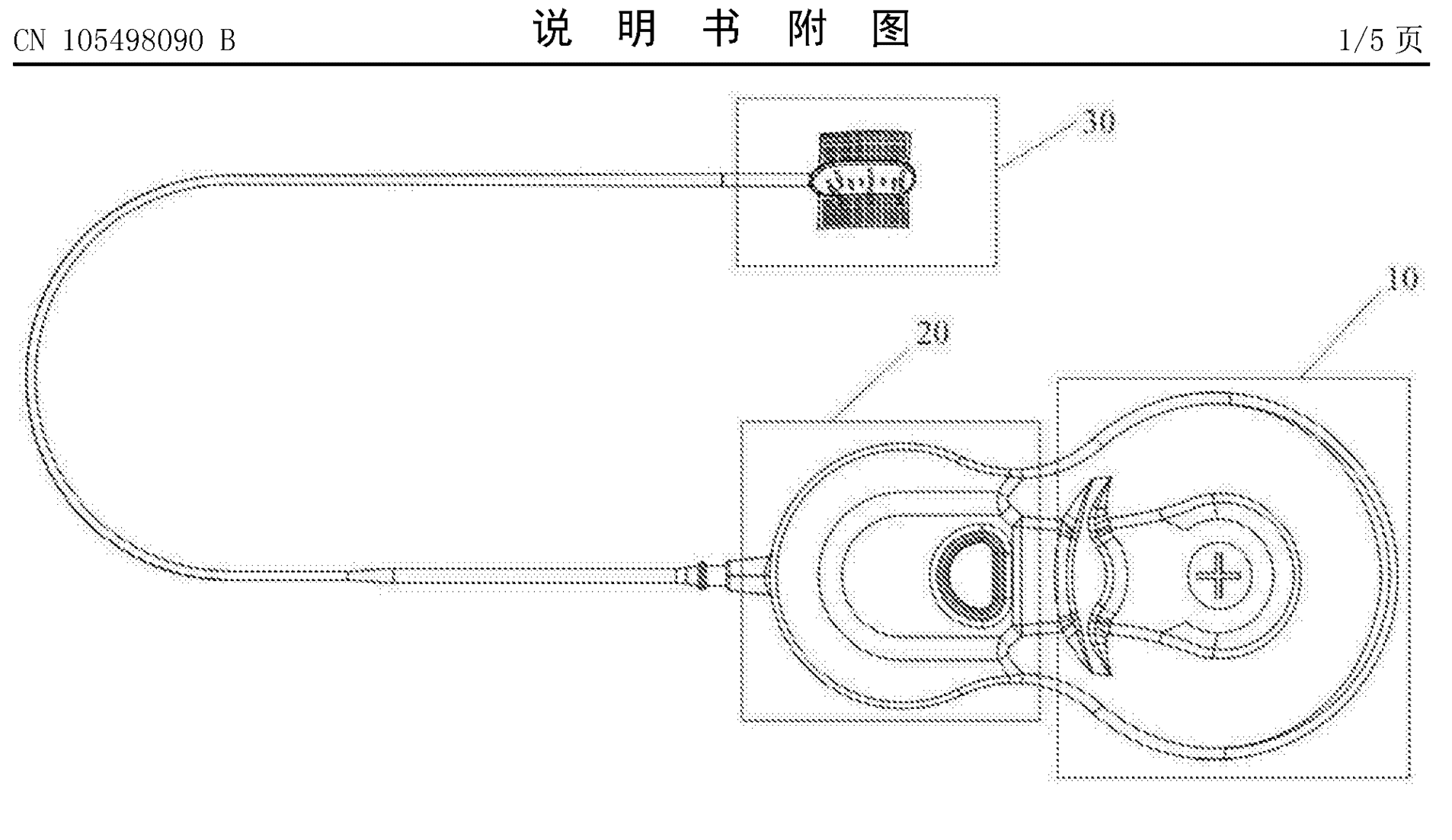 Implanting an ABI such as this one requires complex neurosurgery to the brainstem. During operation, the induction coil (10), implanted underneath the skin, receives a coded signal from an external transmitter. The stimulation control unit (20) then decodes and processes this signal before sending it to the implant’s electrode array (30). The electrodes then stimulate the cochlear nucleus in the brain, which is then interpreted as sound in the auditory cortex.

Just in England alone, over a thousand people receive cochlear implants every year, and that number is projected to rise even further.[8] Inventions such as the akouphone, cochlear implant and ABI have greatly improved the lives of many who suffer from hearing loss, leaving hope for even more transformative innovations in this space.