2019 marks 10 years in China for Haseltine Lake Kempner and so we want to take this opportunity to shed light on some of the inventors and inventions which have helped to make China one of the leading countries for innovation.

China are credited with inventing many things we now use in everyday life and take for granted, for example loo rolls. Chinese inventions range from tea, teabags and teapots to popular games such as Go and Mahjong. Even playing cards were invented by the Chinese, so any casino visitors should be thankful! We explore below are some more items which began life in China:

Vaping is now a huge business with many people vaping and some people even partaking in so called vape battles. Yes, really! However, before the term “vaping” there were e-cigarettes which were designed to provide a rush of nicotine into the body similar to the sensation of smoking a real cigarette. They were invented by Chinese inventor Hon Lik, who was trying to quit smoking himself. He found that the products available to help smokers quit, such as nicotine patches, lacked similarity to smoking and as such he found himself craving a real cigarette. E-cigarettes, or vaping, are now used by people all over the world and so this is one Chinese invention which has definitely had a big impact on society. 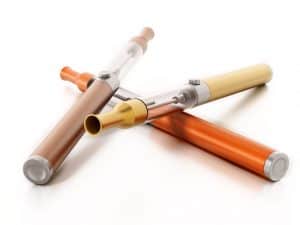 A slightly earlier invention by the Chinese was paper making, which is credited as being invented in 105 A.C Although paper had already existed in China for many years before this date, it wasn’t until 105 A.C that Cai Lun advanced paper making technology and then assisted in the widespread adoption of paper. Paper currency was also first invented in China, as well as paper cups, papers napkins and paper lanterns!

Whether you’re a renowned explorer or someone who likes to go hiking at the weekend, I’m sure that Ranulph Fiennes would tell you that a compass is an essential piece of kit. Well we have a Chinese inventor to thank for that too, with the first compasses being used in Feng Shui and then later the Chinese used compasses to navigate their ships.

Whether you’re a ‘Gooner’ (Arsenal) or a member of the ‘Cider Army’ (Bristol City), you wouldn’t have a team to support at all if the Chinese hadn’t invented football way back in sometime around 1 BC. Football, or cuju, was not only played as a sport but also played by persons in military training to help them keep fit.

These are just a tiny amount of Chinese inventions and, as the number of patents, trademarks and designs filings in China continuing to rise, we’ll be keeping an eye out to see what inventions China will bring us next.