With more time spent at home over the past year, many of us have dusted off some old board games (and bought some new ones!) for a rainy afternoon. Whilst the idea of board games may not make you think of patents immediately, let’s take a look at some board game patents and a bit of history.

Monopoly (or “The Landlord’s Game”?)

The most popular board game of all time with over 270 million copies sold, Monopoly was patented in 1935 by Charles Darrow. After being initially rejected by toy and game manufacturer Parker Brothers, Monopoly was purchased by them a year later after Charles Darrow had sold 5000 homemade copies. But, although he claimed to be, was Charles Darrow really the sole inventor? 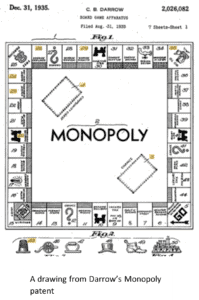 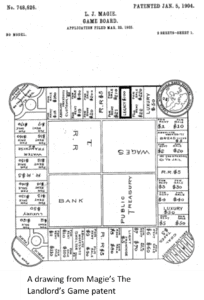 The Landlord’s Game was created by Lizzie Magie in 1903, who was an anti-monopolist and hoped that her game would illustrate the negative aspects of concentrating land in private monopolies and demonstrate that an economy rewarding wealth creation is better than one in which monopolists work under few constraints. To this end Lizzie Maggie included two sets of rules: one with taxation and one mostly similar to the current rules of Monopoly, however when Parker Brothers published Monopoly in 1935, the set of rules including taxation was not included, in order to make the game more competitive.

When Parker Brothers realized that Charles Darrow was not in fact the sole inventor, it bought the rights to Lizzie Magie’s patent for $500, whilst Charles Darrow became the first ever millionaire game designer and retired a year later. 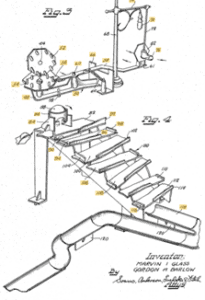 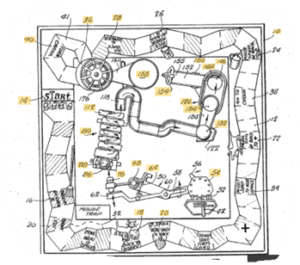 Patent application US3298692A was filed in 1962 by Marvin I Glass and Gordon A Barlow and was granted in 1967 for the game Mousetrap. Titled “Game with Action Producing Components”, the patent’s drawings show that not that much has changed since the original – some things don’t need changing!

Too Many Game Pieces?

Now for something a little more recent! Patent US20160038839A1, filed in 2015 and granted in 2018, is titled “Gaming Apparatus with Status Indicator”. The invention overcomes the problem of needing many different board game pieces or miniatures to signify different statuses throughout gameplay, for example in tabletop and roleplaying games. 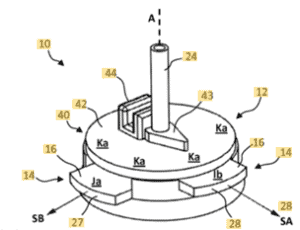 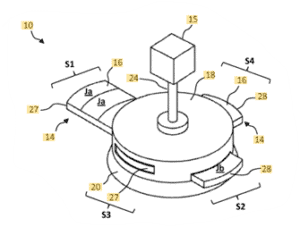 To overcome this problem the invention proposes, as shown in the figures below, an apparatus including a base and a coupling member. A game piece or miniature is to be attached to the coupling member (at the top), whilst the base includes a number of elements that can be used to indicate different statuses. For example the token holder 44 can hold a token indicating a status, the pointer 43 can be used to point in a particular direction to indicate another status, whilst the manual indicators 16 can be slid through the base to varying degrees to indicate multiple further statuses.